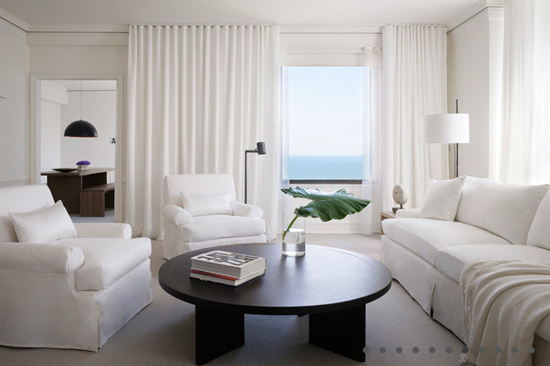 At this week’s opening of the new Public Hotel in New York, we were ooohing and ahhhing the entire visit. From the escalators to the mirror as you get on the elevator, it’s refined, sophisticated, smart and simple, yet flamboyant and provocative, all at the same time. It’s thoughtfully designed, down to the very last finish and detail. And the views from the meeting rooms were…well, amazing New York Style.

His Public Arts Concept is the first new idea since Studio 54 years ago. A nighttime renaissance, and a cultural, social, event and party machine. Public Arts is a cutting-edge, progressive and avant-garde multi-media performance space like no other. A new dimension and home to adventurous artists, ideas and people, the space will offer the most innovative programming including everything from film screenings to musical performances, rotating art exhibitions to product launches, open mic night to comedy night, as well as late night hot sweaty dancing.